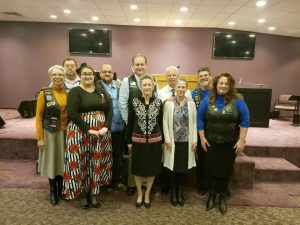 As we all have experienced, growing a chapter is one of our greatest challenges! It’s never an easy task being a leader and having the right chemistry that not only draws others into the chapter, or even maintains its size, but having a group of individuals that enjoy getting together. The Northern Indiana Chapter has a group of riders that are a “hoot”! They love to ride and they love having fun!! It shows in how they are growing in number, and the way they all express themselves to each other. This chapter is made up of members from several churches…representing several Apostolic organizations…and they example the core ASR mentality that we can break down walls for the sake of winning souls.

I was honored to be invited to the first Annual Meeting for this chapter. Bro Tony Sell has been laboring to grow this group for a couple years and now he is seeing the fruits of his labor. Bro Sell has been working with me and has done an exemplary job of follow up with contacts that I would throw his way, and he, along with his wife, have tirelessly taken on the challenge of “selling” ASR to others in their region. Over the next few months, I (along with the ASR Bo 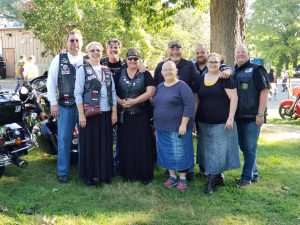 ard’s approval) will be handing over the Indiana Region to Bro Sell. I will be at his service, a

nd want to publicly say that he will do a greater job than I as he grows into this next level of leadership!

The membership of the Northern Indiana Chapter, and their newly elected positions, are as follows; Tony Sell (Indiana Regional Coordinator), Pastor Mark Cotrill, Thomas Bailey, Elmer Miller, Terry Matheny (President), Jon Weber (VP/Road Captain), Serrena Weber (Sec/Treasurer), and Thomas Roberts. We tried to vote on a “Court Jester” but it seemed that they all received a 100% vote, so we had to appoint them all for that position! (Inside Joke) 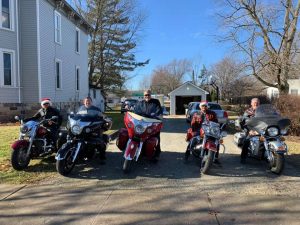 If there is any take away that all chapters  can glean from, that would help us all grow in number, it would be comradery. Some of the members leave for months at a time, some have jobs that take them away for days and weeks, and some have been through tragedy. Through all of the busyness of life, they still make an attempt to get together each month for a time of fellowship. You feel the love for one another and a respect for their brothers and sisters, and a grand respect for God and the ministry of their local assemblies.

o congratulate them all on a job well done, and I’m sure we all have not heard the last from this chapter!!