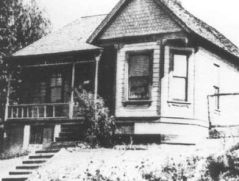 This Article is from David Showalter

A young African-American minister, William Seymour was attending a Christian training mission in Houston in 1905. In those meetings, he met Neely Terry, a young woman who was part of a group that founded a black church in Los Angeles affiliated with the Church of the Nazarene. The group had been expelled from the Baptist church when they began teaching holiness and sanctification. She was impressed with Seymour’s sincerity and convinced her church leaders to invite him come to LA and minister in their church. He considered the invitation to be a call from God and arrived in California in February of 1906.

He was subsequently asked to preach in the church, which was led by Julia Hutchins. As yet he had not personally received the Holy Spirit and spoken with tongues, but was convinced that it was scriptural. When Seymour took the pulpit, he chose Acts 2:4 for his text. In the message he conveyed his conviction that “anyone who has not spoken in tongues does not have the Holy Spirit.” This did not set well with the more starchy Nazarene types, so they gave him the boot and actually padlocked the door of the church against his return. The more open-minded individuals in the congregation offered their homes to him for house meetings. One of these was the Asberry (or Asbury) family, living at 214 Bonnie Brae Street. That little house became the focal point of the Pentecostal outpouring, tagged by many as the initial thunderstorm of the biblical “latter rain.” Since the church was on “lock down,” God moved the revival to a house!

It was in the house on Bonnie Brae St. that Seymour and others received the Holy Spirit. The prayer meetings held there were powerful. Soon hundreds were attracted to the meetings, filling the home and overflowing onto the porch and the yard. The porch actually collapsed under the weight of the crowd trying to participate in the prayer services. Police had to actually cordon off the street where the house was because of the crowds on foot, horseback and in carriages (traffic, if you will) trying to get to the house where God was moving. Even Julia Hutchins, the Nazarene leader who locked Seymour out of her church, received the Holy Spirit and ultimately became a missionary to Liberia.

The original Pentecostal outpouring occurred in an upper room in a house in Jerusalem: “It filled all the house were they sitting.” In America it also began in a humble house, not a church! When the house could no longer hold the 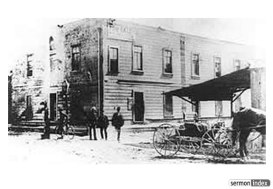 crowds, another meeting place was sought. In April of 1906, they found an old warehouse at 312 Azusa Street in LA that had once been used as a stable and for a while as an AME church. There the Spirit fell in torrents during the next few years. People from many denominations came to the Azusa St. location and received the Holy Spirit and took the message of Acts 2 back to their communities. Missionaries from foreign lands came to see what was happening there, received their Pentecostal experience and returned to their fields with the power of the Spirit. Doubters and unbelievers said Pentecostal revival “will soon blow over.” It did…all over the world!

What can God do in our houses during the current quarantine? The Bible tells us to not forsake the assembling of ourselves together (Hebrews 10:25), but while our churches are on temporary lock down, God may have in mind another mighty Pentecostal revival in somebody’s house. Let it happen!                Author Unknown