Rev Darry & Sis Kathy Crossley – Darry and Kathy Crossley’s missions involvement began in Argentina in July 1974 under the Overseas Ministries program. Their initial responsibility was to help set up the Bible school program in Buenos Aires. They taught in the Bible school, set up national financial books, pastored in San Justo, and held revivals and seminars. They returned to the States in October 1975 to receive full missionary appointment. Through the years Brother Crossley held every office on the national board and pastored the Central Church. Brother Crossley was elected as president of the UPC of Argentina in 1982. He was kept very busy administrating and coordinating the national work, teaching in seminars and in the Bible school and spent about missionary profile half of his weekends ministering in the interior of the country. In September 2002, the Foreign Missions Board appointed Brother Crossley the regional director for South America. He now oversees the churches, missionaries, and national leaders in the ten nations of the South America Region. He also serves as the President of the UPCI of Bolivia and as President of the UPC of Uruguay 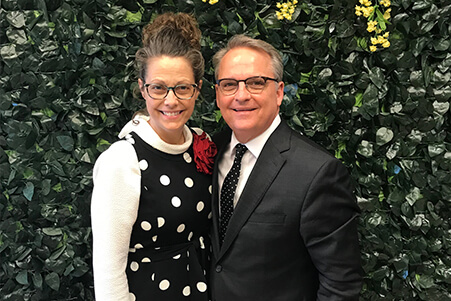 Rev Kenneth Ray Carpenter & Sis Penny Carpenter became senior pastor of First Apostolic Church of Maryville in June 1984, and continues to pursue the vision and dreams God placed in his heart to reach the community of Blount County.

His ministry began at age 17 when he preached his first sermon, and shortly thereafter he began evangelizing throughout the United States.  As a troubled 16-year-old teenager, he was enrolled at Apostolic Christian School in Knoxville, Tennessee. It was there that Bishop Billy and Betty McCool and the First Apostolic Church of Knoxville took a chance on him. February of that school year, he was baptized in Jesus name and received the gift of the Holy Ghost.

He has been a minister with the Assembles of the Lord Jesus Christ (ALJC) for well over 30 years. He is a regular conference and camp meeting speaker and is well-known for his leadership in missions giving. Pastor Carpenter was elected General Superintendent of the ALJC in 2013. His compelling burden and vision for the ALJC is to see prayer networked throughout the organization. It is his heartfelt desire to see all churches, regardless of size, have the tools they need to propel them into a greater revival and reap a harvest of souls.

Pastor Carpenter is passionate about God, family, and church. He treasures being a husband, father, grandfather and pastor. In 1982, while preaching as an evangelist at FAC Maryville, he met the love of his life, Penny Bennett. In July 1984, one month after becoming pastor of FAC Maryville, he and Penny were married and she joined him in pastoring. From the beginning Penny assumed the role as lead administrator for both First Apostolic Church and Apostolic Christian Academy. She also spends a great amount of time teaching bible studies and helping disciple individuals with their walk with God.