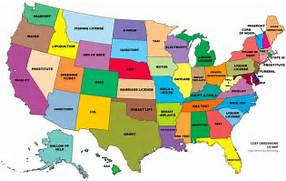 Oregon
H.B. 2597 Oregon’s distracted-driving law, was signed by the governor and became effective on October 1. The new law defines the offense of driving a motor vehicle while using a mobile electronic device. Beginning Jan 1,2018 first offenders can be fined $130 to $1,000. Second offenses and first offenses that contributed to a crash are subject to a fine of $2220 to $2,500. A third offense with in 10 years carries a minimum fine of $2,000 and the possibility of six months in jail. First offenders can have their fines suspended if they complete a distracted driving avoidance course.

OHIO
H.B. 280 was introduced that would allow motorcyclist to wear earplugs to protect their hearing while riding. Ohio is one of only three states that prohibit using hearing protection while operating a motorcycle.

ARKANSAS
The state has reclassified its vehicle operator licensing requirement to allow those with a valid state driver’s license to drive three wheeled vehicles, such as the Polaris Slingshot, without a motorcycle endorsement. Arkansas is the 37th state to make this change to accommodate vehicles with side-by-side seating and steering wheels.

Indiana
AMA and the ABATE of Indiana is pressing state officials to find a better method of fixing cracks in paved roads than the patching material commonly known as tar snakes. They state that the tar snakes reduce traction and cause motorcycle tires to slide,especially on curves and in hot or wet weather. A letter from the Indiana Department of Transportation stated that officials will review the current patching method and consider alternatives.

NEW YORK
State officials are researching a device called a “textalyzer” that allows law enforcement to check whether a cell phone was in use just before or during a crash.The governments Traffic Safety Committee is to examine the technology as well as the questions about privacy and civil liberties its use would raise, according to the Associated Press report when plugged into a phone for about a minute can tell law enforcement agencies whether the phone’s user was texting,emailing,surfing the web or otherwise using the phone before a crash. Law Enforcement agencies like this device because they would not have to obtain a search warrent for the phone.